It’s a chilly January night in St. John’s, typically the time of year people choose to curl up on the couch with a hot beverage and good ol’ reliable Netflix. Not this night, however, this night is different; the city is buzzing with great vibes, something calling the masses to downtown as if we were still in the heart of summer. Winter took a nap this night and St. John’s came out to play. Wintersleep are in town and set to play to a sold-out Club One. A venue we all missed dearly was back and what better way to celebrate than with one of Atlantic Canada’s favorite bands.

This was Wintersleep’s first show in St. John’s since the release of their newest album “The Great Detachment” and the show certainly felt like an album release. The vibes in the room were contagious and the band was definitely feeding off that energy. They played a great mix of new and old tunes. The entire band was in the pocket for the entirety of their set which included a 4 song encore. I can’t help but think that much of the band’s tightness and energy started with their drummer, Loel Campbell, whose onstage personality could not be ignored. Loel’s combination of wild energy and extreme focus during the band's set is best summarized as Animal of The Muppets fused with a Buddhist Monk.

Wintersleep’s phenomenal performance had the crowd engaged during each tune and roaring at the end of every song.

We reached out to show promoter and former Wintersleep bassist, Jud Haynes, to get his take on the night.

Rock Island: What are your thoughts on the first big show at the new Club One?
Jud Haynes: “The bar looks amazing, they've done a great job giving the space a whole new look. It feels like a new bar and there was definitely a great vibe in the room Friday night. Really seemed like everyone was having the best time.”

Rock Island​: You’ve seen your fair share of Wintersleep shows, what did you think of the bands performance?
Jud Haynes: “It was one of my favourite shows I've ever seen the band play – they killed the new ones showing why the new album has been received so well worldwide and then broke out tons of oldies including some classics that I hadn't seen them play in nearly 10 years. It was one for the books for sure!” 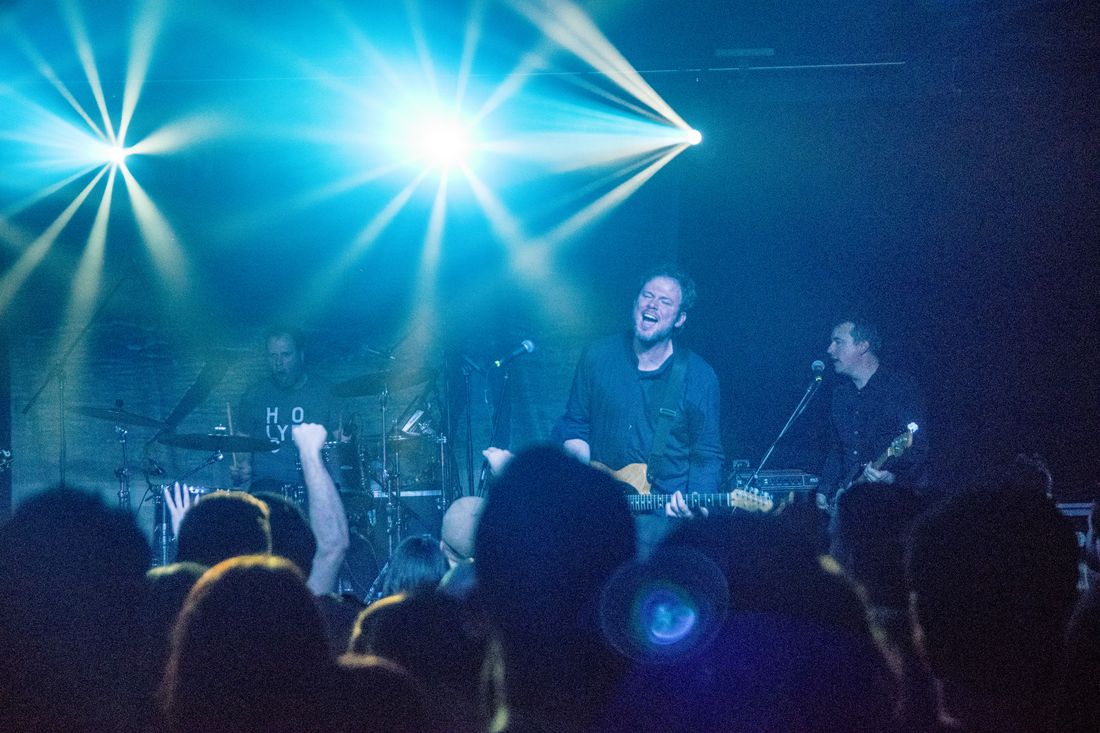